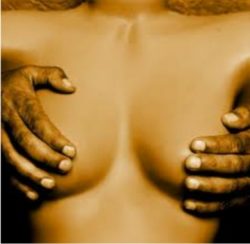 Not chicken breasts or beef chunks, but the reproductive accessory seen on the chest of most women and some men. This is probably because they give some identity, beauty and a deep sensuality to the bearer. So many people are attracted to different types of breasts, and no one can deny the great feeling of owning or even feeling a nice pair. They don’t only serve as an accessory to reproduction, but also have a role to play in the enjoyment of physical contact and sex (in both men and women).
If a survey was carried out among people of both sexes on the most attractive body parts in humans it would probably come out among the top 3. These curvaceous wonders have a unique way of controlling the attention of both men and women. They are rather variable from person to person and even from side to side. Though they come in different sizes, shapes, orientations and densities, yes, you read that last one right, densities, they all contain the same things. Some are full and look up confidently, some are firm and unidirectional, while some are soft and look both ways, there are the small ones as well as those that look downwards like a shy teenage maiden. This variety is due to the different proportions and combinations of the types of tissues seen within them.

Several authors have described different types of breasts usually based on shapes and a size, one of such is the Third Love Breast Shape Dictionary, which describes 9 types of breasts. These are depicted below:

So what makes these luscious mounds catch attention and why do people have different types despite similar ages, lineage and race?

• One of the major components of most breasts is fat, this helps give them the rounded contour and its soft texture. This is found packing and padding the other structures and also as layers between the breast itself and the chest walls (muscles) and also beneath the skin.

• Another major component is the glandular/milk producing tissue. This is the main functional unit of the breast; they are usually arranged in lobes, about 15 20, it gives the breast its firm feel, its major cyclical and life time variations in form.

• Serving those glands are ducts which drain the breast lobes towards the nipple where they come together to form fewer ducts and out. These are usually only prominent during nursing and may even be felt on the surface when the breasts are engorged.

• Finally we have the fibrous bands and connective tissue, which hold all the structures in place to the wall and the covering skin. 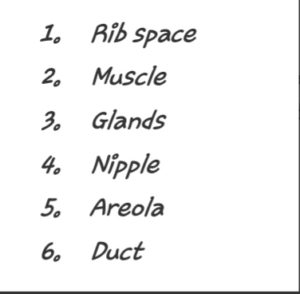 The amount in which these components are available is what determines how the breast looks and feels. So in essence, in the early pubertal years when the breasts begin to develop we have more fat which makes it soft, then as puberty advances we have more glandular development and increase in size scattered through the breast, this is what makes it feel firm, lumpy and in many cases tender especially in relationship with the menstrual and ovulatory cycles. This is because of the influence of estrogen. In the immediate post pubertal years, the glands would coalesce and shrink significantly in the absence of estrogen, making the surrounding fat the predominant component, hence at this age the breast feels softer. Post menopausally, even the fat begins to thin out and the breast is mainly seen to consist of Fibrous bands thinly interlaced with fat, ducts and minimal glands and are thus seen to sag and wrinkle (a period most women dread).