How Much Screen Time Should Children Be Allowed Each day? - African Mommy
Skip to content 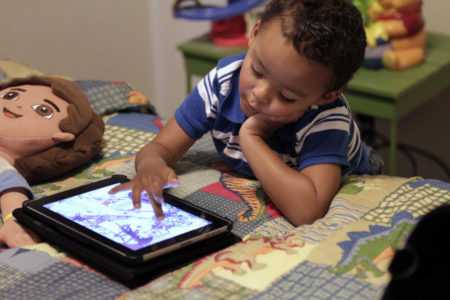 Parents often complain about the time their children spend glued to a phone, television or playing game. Screen time is called a Digital play in the 21st century.

Digital play is crucial to children’s cognitive, social, and emotional development. While much of screen time is healthy and productive for a child, the amount of time spent on age-appropriate contents raises concern.
Screen time has to be balanced. Because like the saying goes, too much of everything is bad. Yes, we live in the 21st century when children love to play dress up on the phone then do an actual dress up with mum’s makeup, a time when riding of bicycle or football is done in a video game. It’s important to note that as much as the digital game is important in a child’s development, they still need to do other things like sports activities or playing with their siblings and friends.

This leaves us with the question, how many hours is too much? There are many things to consider when choosing maybe one, two or three hours of screen time daily for your kid’s. You should consider how your child is doing at school. Check to see if the screen time is not affecting the child’s performance at school. You should consider if your child easily relates to people or likes to stay alone glued to a screen. If your child is doing great at school and also does other activities with friends, then two or three hours or more of screen time, a day should be fine. If too much screen time is having a negative effect, it’s time to reduce to maybe one hour or whatever time you choose.

Lead by example. African mommy’s asking your kids to turn their device off When you are glued to your favourite TV show is not leading by example. Kids learn far more by example than by proclamation, and if there’s one thing that all kids hate especially teenagers, it’s being told to, “Do as I say, not as I do.”

One thought on “How Much Screen Time Should Children Be Allowed Each day?”