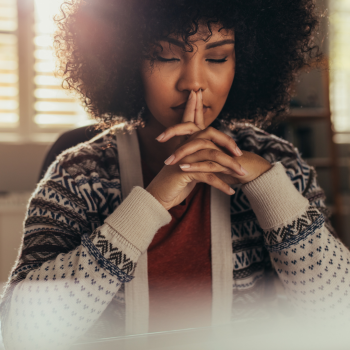 We were on a bus home, and my 4-year-old daughter had been talking non-stop, long before we got on the bus.

“Will you please be quiet for five minutes?” I cut off her loud, exuberant voice with a whisper.

The elderly woman sitting beside us gave me a quick, disapproving look, but said nothing until my daughter asked why she had to be quiet and I tried to help her understand that she might have been disturbing the peaceful bus ride for some of the passengers sitting close to us.

I didn’t want to stop her from talking, but I had to give in to the strong urge. Her loud chatter kept bringing unimpressed stares and a few fascinated smiles our way, and I wasn’t enjoying them at all. I really cherished watching and listening to my child find her feelings and express them with so many words. It made my heart swell. But whenever I needed to focus on work, whenever I was struggling with my mental health or whenever we were in public, I would go crazy trying to stop myself from asking her to just shush.

When the woman turned to us again, this time squarely, it was obvious she couldn’t hold it in anymore; she let me know that it was absolutely wrong to shut my little girl up for any reason at all unless it was a dangerous situation. She went on to say that it was a very important stage in her life and that it would help with her speech development and build healthy self-esteem. Of course, I knew all that. I just didn’t like being the centre of attention in public because my child wouldn’t zip it for a second. I smiled, nodded and thanked her. Guess who got even louder and chattier?

A few days later, I saw a quote by Catherine M. Wallace, “Listen earnestly to anything your children want to tell you, no matter what. If you don’t listen eagerly to the little stuff when they are little, they won’t tell you the big stuff when they are big, because to them all of it has always been big stuff.”

The last part of this quote really got me because, even when my preschooler raved about the silliest, most irrelevant things ever, her wide eyes always told me how important those discussions or discoveries were to her.

I like to think that three-year-old me could have been the same way if the adults around me hadn’t gagged me so much. Well, I’m an adult now, a parent, and I know how annoying kids can get and how easy it is to lash out and lash out until the kid ‘fixes’ that ‘attitude’ somehow.

I fixed my many attitudes by hiding my mistakes and choosing not to tell anyone when I got into real trouble, like when that neighbour abused my frail four-year-old body. I chose to not get yelled at and blamed for making mistakes because I was too talkative and playful or for wandering into the neighbour’s house and giving him the chance to abuse me. So, years later, when my mum said, “I’m your mother, you can talk to me,” it sounded hilarious to me. How do you get told to shut the hell up and blamed for every misfortune for 17 years and then suddenly, you’re expected to start being so outspoken and trusting?

Some people might be of the opinion that I was just a spoiled child who misunderstood the adults’ reactions to the exhaustion that came with trying to create a better life for, let me guess, me. I wonder why I was so incapable of understanding how complicated life was. Right, I was just a child and one thing I remember longing for so much—more than any dollhouse or fancy stuff I never got—was someone to just listen to me and show that they cared about the things that interested me too. I’m guessing this was too much to ask.

So, I made the decision to let my child talk as much as she wanted and express herself in whatever way she chose, so that when she really needs to talk to me or express herself, she won’t hide. And I ‘paid dearly’ for my decision when she found her words. She would talk at the most inappropriate times, constantly try to talk over other people or just totally take over the conversation, forcefully. Let’s not forget the broadcasting of our family business to her friends and teachers! It was enough to drive me crazy, but she was just a child and what I needed to do was teach and guide her. I needed some more self-control, tolerance and patience not just to give her an audience, but to give the right replies and talk to her about stuff too. I needed to help her understand why it was important to just shut the hell up sometimes.

She’s 7 now and she understands why she needs to stop and listen too and why it isn’t appropriate to talk sometimes. We talk about things that excite me too, my job and even my challenges. She’s chattier, louder and more inquisitive now, but she does a good job of catching herself before interrupting (most of the time) and tries to be less brutal with her comments. We’re currently working on learning to resist the urge to give big movie spoilers and talk loudly to the movie characters as if they can hear her. I still find myself struggling occasionally, when she’s babbling non-stop, asking a thousand questions in one minute or singing so loudly while instructing me to keep my puffy eyes on her the whole time with an oh-you-make-me-so-proud smile plastered on my face. But I’m so proud of her amazing growth and all the healthy progress we’ve made.

I pulled a lot from my personal experiences for this to happen, and I also got amazing tips from some articles I read online. Here’s one by Emily Edlynn on Parents and another one by Rachel Norman on A Mother Far From Home. My best tip, overall, is to prioritise “me time”. Whatever time you can get for yourself, take it and use it for yourself, for your strained nerves. And this helps because releasing stress in one way or the other slightly increases your patience and tolerance with the kids.

Now, keep in mind that while some kids are just natural chatterboxes, there may be an underlying neurological issue such as Attention Deficit Hyperactivity Disorder (ADHD) or Aspergers Syndrome for some children. You should pay very close attention; if your child is finding it too hard to understand social cues and always tries to monopolise conversations even after you’ve tried your best to help them understand, you might need to talk to a paediatrician.

I know I made the right choice when I decided to allow my little girl to be herself and say all the things her little head can’t hold in and I think it’s one of the reasons we have a healthy, loving relationship. But this doesn’t mean I never feel overwhelmed and lash out. When I do, I apologise, ditch the guilt and keep being as accommodating and compassionate as I know I need to be. I still swear at her in my head occasionally, especially when there’s no valid reason for me to say things like, “Mummy needs to focus. Can you write down what you have to say for now? I will read it all later.”

One thought on “I Chose to be a ‘Better Parent’ and now I Have a Child Who Won’t Shush!”